This Australia Travel Guide aims to provide you with simple and stress-free travel planning information and inspiration for planning a trip to Australia.

On this regularly updated page you will find links to useful posts on The Trusted Traveller, budget information, details on types of accommodation available, information on getting around the country and more useful links to resources around the web.

Electricity: 230 volts AC, 50Hz. Plugs with two or three flat pins are standard. Outlets for 110 volts for small appliances can be found in most hotels. It’s coastline covers almost 60,000 kilometres and is surrounded by the Arafura and Timor Seas to the north, the Coral and Tasman Seas of the South Pacific to the east, the Southern Ocean to the south, and the Indian Ocean to the west.

Exploring Australia means you will likely encounter a wide variety of landscapes. From its pristine beaches, densely populated cities, lush rainforest, rugged mountains and deep red outback; there aren’t many countries that offer such a richly eclectic landscape.

Because Australia is so big, the climate can vary depending on which part of the country you are in and what time of the year it is.

Australia is plagued with extreme weather with 40ºc + temperatures not uncommon in the depths of summers and lows of well below 0ºc in winter. Cyclones and flooding cause havoc up north while bushfires are sadly common in the dry south. Australia is really an all year-round destination purely because of it’s size.

Spring to summer (October to March) are the most popular times because the majority of the country is warm with hot days and mild nights. Head south for dry heat and try to avoid the tropical north from December to February as it is the wet season with lots of rain, storms and sticky humid conditions.

Autumn to winter (April to September) is a very pleasant time of year to explore the northern and central parts of Australia because of clear warm days and cool nights. You’ll find a little more rain in the south of the country but on average you’ll still get more sunshine. It does snow during the winter months but this is totally confined to the mountains in the south east of the country.

It is always recommend to have a mixture of cash and bank/credit card with you when you travel anywhere in the world and this is no exception in Australia.

ATM’s are available in all cities and towns across the country and credit cards accepted widely too. The exception to this would be in some very small and remote outback towns where it is recommended to have plenty of cash on hand.

To work out these costs in your own currency, I recommend XE.com. A large number of major and budget airlines fly direct to capital cities such as Sydney, Melbourne and Brisbane from New Zealand, the Pacific Islands, Asia and parts of the US and the Middle East. If you are travelling from further afield, you’ll easily be able to find connecting flights through major hubs in Asia, the Middle East and west coast USA.

Remember, Australia a long way from most other parts of the world. It takes almost 20+ hours (with a short stopover) to get from the UK and Europe, and 14+ hours from the US. Asia is a little closer with Singapore and Bangkok about 8 hours away.

I use and recommend Expedia for researching and booking flights all around the world.

Australia is a big country. Bigger than most people actually realise. To give you an idea, if you were to drive from Sydney on the east coast to Perth on the west coast it would take you something like 40 hours without stopping. That is 4,000 kilometres! The same route by air would take you 4 hours. 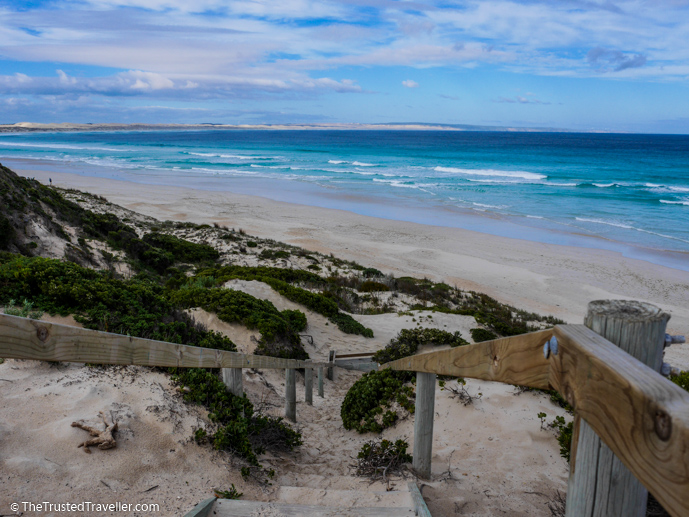 If you are wanting to cover as much of the country as possible in a short time then flying will be the most efficient method of getting around but it will likely cost you a bit too. While Australia does have budget airlines, they don’t offer the crazy low prices quite like other parts of the world so a bit of research and planning is required to do this on the cheap.

Australia’s major air carrier is Qantas who service every capital city and major rural hub. Catching up with Qantas on popularity is the once budget airline Virgin Australia. They fly between all capital cities and a few of the major hubs as well and offer pricing that is comparative to Qantas, sometimes a little cheaper.

Australia’s budget airlines are Jetstar (part of Qantas) and TigerAir. They both offer lower fares with a budget service, so no meals and you pay extra for carry-on luggage, extra leg-room and entertainment. If your flying regional then it will likely be with REX or one of the many other small regional airlines specific to each region.

I use and recommend Expedia for researching and booking flights all around the world.

If you have a bit more time to spare, Australia is a great country to explore slowly by road, whether it be in a car, van or caravan.

Australia has branches of all the worlds major car hire companies with pick up locations in airports, city centres and some regional centres. Most will offer vehicles in a range of sizes to suit your particular needs.

For longer stays it might be worth buying a used vehicle and then selling it when you leave. Cars, vans, caravans and campervans can all be purchased for as little as a few thousand dollars and sold a few months later to another traveller for about the same price ensuring you don’t really loose any money from it. Gumtree and hostel notice boards are good places to find and later sell, these vehicles.

I use and recommend Expedia for researching and booking car hire all around the world. Greyhound have an extensive network of buses that cover major cities and tourist hubs the states of New South Wales, Victoria, Queensland, South Australia and Northern Territory. They offer point to point tickets and kilometre based passes that can help you same money if your travelling most of the country. The buses are comfortable and offer on board Wi-Fi.

TransWA operates a network of road coaches throughout Western Australia helping you get from Perth to some of the more remote areas of the state.

Australia hasn’t got any where near as good a rail system as regions like Europe and Asia however if you are a rail enthusiast then you will find two of the worlds most iconic rail journey’s running across the country.

The Ghan runs through the Red Centre from Adelaide to Darwin and The Indian Pacific from Adelaide to Perth. Both offer options for those on budget (still not as cheap as other forms of transport) to those looking for the ultimate in rail travel luxury. Each journey takes a few days to complete with short stops along the way.

You can find more information on rail travel in Australia from the RailPlus website. Australia caters for everyone when it comes to accommodation. Here is a list of the types of accommodation you’ll find or you can check out our Where to Stay page for specific recommendations based on our travel experiences:

I use and recommend TURU

for researching and booking campsites, caravan and cabin parks across Australia. 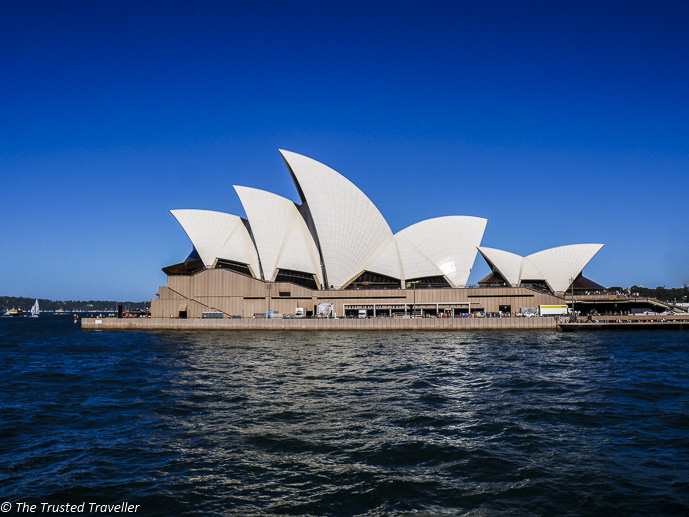 I use and recommend Booking.com for researching and booking hostel, motel, hotel, apartment and resort accommodation around the world.

Get up to $45.00 AUD credit when you join Airbnb using this link.

Eating out in Australia can be expensive in comparison to some other regions of the world. There are ways around this, especially if you willing to stay in self catering accommodation and do some simple cooking from time to time. Eatability offers an excellent website for eating out in Australia. On it you’ll find venues listed by region, cuisine and price with reviews by past diners to help you choose one that suits you. 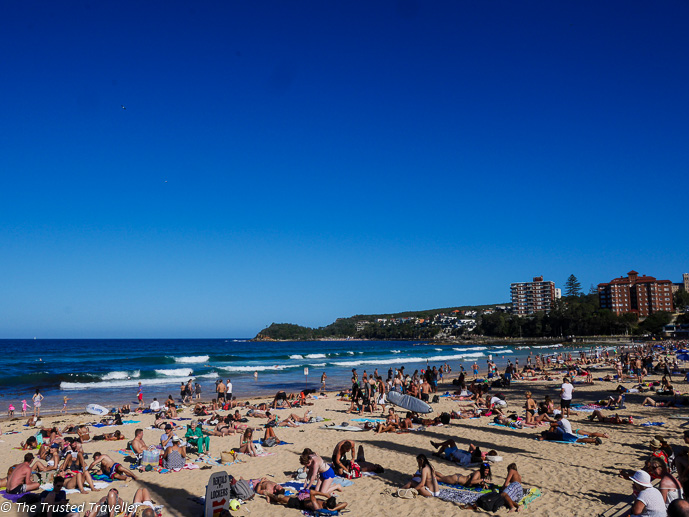 20 Things to Do in Canberra

How to Spend a Day in Ben Boyd National Park

Things to Do in the Southern Highlands

35 Free Things to Do in Sydney

Things to Do in Eurobodalla on the NSW South Coast

Things to Do on the NSW Sapphire Coast

Things to Do in Kiama and Surrounds

Things to Do in Jervis Bay

Things to Do in the NSW Snowy Mountains

7 Eurobodalla Culinary Delights That Should Not Be Missed

A Magical Oyster Tour on the NSW South Coast

How to Climb Mt Kosciuszko (outside of winter)

5 Reasons Why I Love Sydney

3 Days in the Atherton Tablelands: The Perfect Self-Drive Itinerary

Things to Do on the Sunshine Coast

Best Activities to do on the Gold Coast

Things to Do on Kangaroo Island

Our Luxury Murray River Cruise Aboard the PS Murray Princess

7 Things You Can Expect on a PS Murray Princess Cruise

What to See & Do in Flinders Chase National Park, Kangaroo Island

Things to Do in Gippsland Victoria

25 Free Things to Do in Melbourne

The Best Annual Events in Melbourne

Things to Do in Melbourne

A Tour of the Buchan Caves in Gippsland Victoria

The Cost of Driving Around Australia – Pre-Trip Costs

How Much it Costs to Drive Around Australia – Month 1

How Much it Costs to Drive Around Australia – Month 2

How Much it Costs to Drive Around Australia – Month 3

How Much it Costs to Drive Around Australia – Month 4

A Complete Guide to Getting Around Australia

Here is a constantly growing collection of resources from around the web to help you plan you dream trip to Australia.

PIN THIS TRAVEL GUIDE FOR LATER! 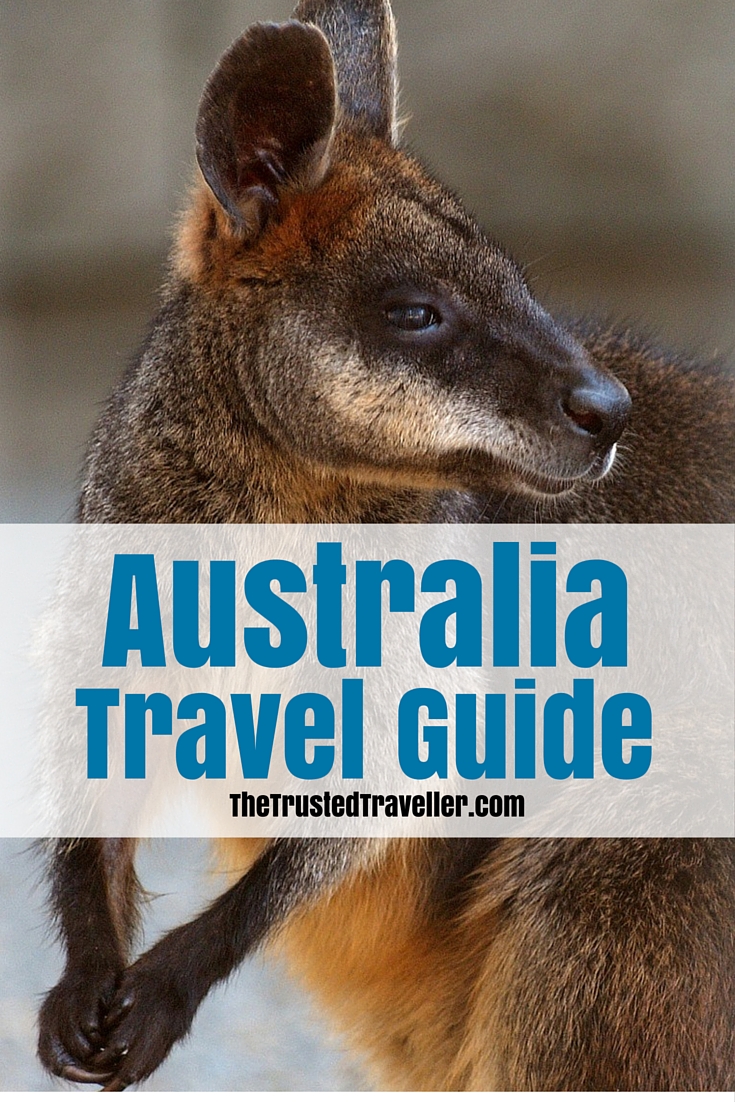