Travelling to Russia’s capital, Moscow, may sound like a daunting prospect to some, but those that do make the effort discover just how unique, interesting and exciting it really is.  From it’s turbulent history to it’s unique, eye catching architecture to it’s recently found creativity, there is truly something for everyone. While it’s never going to win awards for the most friendliest city in the world, a little bit of extra effort with it’s people and you will see them open up and share with you their lives and experiences.

While there are hundreds of things to do in Moscow, let me share with you some of the things that shouldn’t be missed on your next visit.

Without a doubt this is one of the grandest city squares in the world and I can almost guarantee, it will take your breath away. This pedestrian only square (except for the odd limo coming in and out of the Kremlin) is located in the heart of the city and is surrounded by the city’s most important buildings including St Basil’s Cathedral, The Kremlin, Lenin’s Mausoleum, GUM department store and the State Historical Museum. Used on occasion for military parades, protests and landmark moments in time, Red Square has seen more history pass over it’s cobblestones than any other part of Moscow. It’s the perfect place to start any visit to Moscow as it showcases the city’s grandeur in all its glory. Don’t forget to visit both during the day and at night to see the square all lit up.

The Kremlin is where you will probably spend most of your time when in Moscow. This complex of palaces, cathedrals and grand government buildings is the home of the President and is fortified by massive walls tat are up to 19 metres high and 6.5 metres thick in parts.  Located between the Moskva River to the south, Red Square to the east and Alexandrovsky Gardens to the west, the Kremlin is hard to miss. While your inside you can check out the Assumption Cathedral with its five golden domes, the Armoury containing treasures from Russia’s past, Terem Palace with its eleven domes, Ivan the Great Bell Tower and the giant bell and the Diamond Fund Exhibition of royal jewels.  Entry into the Kremlin is via the gate in Alexandrovsky Gardens just off Manezhnaya Pl with left luggage nearby under the Kutafya Tower. Be sure to also take a walk along some of the walls on the outside. I recommend the path along the Moskva River for a nice walk and a great perspective of the size of these walls.

The coloured domes of St Basil’s Cathedral are probably Moscow’s most photographed sight and the symbol of the city. You won’t be disappointed as you approach the Cathedral as it is just a spectacular in person as in the photos you may have seen. Created between 1555 and 1561, legend has it that Ivan the Terrible had the architect blinded after completion so he could never create anything similar. Start your visit on the outside with a walk and view it from all sides to see the different colours and patterns on each of it’s domes. Then head inside where you will find the interior is equally spectacular. Made up of nine beautiful fresco walled chapels, exploring all of it’s nooks and crannies is a delight. Regular restoration on these frescoes may mean you won’t get to see everything, but it is interesting watching the men and women as they worked to restore this historic interior.

Even if you’re not a fan of theatre, the Bolshoi Theatre is still definitely worth checking out even just for the exterior of the building. This historic theatre is home to both ballet and theatre companies performing Russian and foreign works with the likes of  Tchaikovsky’s Swan Lake and The Nutcracker having premiered here in 1877 and 1919 respectively. Out the front of the theatre during the day you will find locals and tourist on bench seats enjoying the small gardens and animated fountain. It’s a great spot to rest for a moment and watch the locals going about their day. If you are inclined to see a show, tickets can be purchased from the box office by phone, online or in person at least 7 days in advance. Or you can try your luck with the one of the many scalpers (make sure you bargain with them) out the front of the theatre just before show time.

One of the things I always recommend people do in any place that is near water, is take cruise. It gives you another perspective to view the city from without the hassle of traffic and is usually a very relaxing experience. The Moskva river cuts through the city past some of the city’s most important sights including The Kremlin, Cathedral of Christ the Saviour and the Peter the Great statue, so it’s definitly a good city to take a cruise. The main sightseeing cruise company in Moscow is The Capital Shipping Company. They offer cruises on the Moskva River on vessels with open/closed top deck roofs so on nice sunny days you can laze in the sun while taking in the views. You can use your ticket to go one way, return or hop on and off at various points throughout the cruise.

The Cathedral of Christ the Saviour

There is a very interesting story behind the creation of this church. After Napoleon retreated from Moscow, The Cathedral of Christ the Saviour was built to thank Christ for saving Russia. It took 40 years to build and was subsequently blow up my mad Stalin to make way for a palace which never happened and then the Russians decided in 1995 that the original Cathedral should be rebuilt. The glistening gold domes are one of the city’s most iconic and stunning sights these days.

The Pushkin Museum of Fine Art is the largest museum of European art in Moscow and one of the best fine arts museums in the world. Inside you will find famous works by the likes of Van Gogh, Picasso, Matisse and Gaugain. There is also a collection of archaeological items including ones taken from Troy and items lifted by the Soviet Army from the Pergamon Museum in Berlin during WWII.

Located in Red Square the State Historical Museum in contained in a striking red brick building with while rooftop that looks like it’s covered in snow year round. Inside you will find Russia’s largest collection of Russian history with exhibitions that range from prehistoric times to the present day. If you are interested in learning more about Russian history then this is certainly the best place to start.

While it is one of the tallest monuments in the world, it has also been repeatedly voted one of the ugliest, and I have to agree. I hadn’t heard of or seen pictures of this statue before visiting Moscow, so as soon as my boat rounded the bend and it came into sight I just had to laugh. It’s a monstrosity that has to be seen to be believed. The statue was built in honour of Peter the Great, who established the Russian Navy.

The Moscow Metro is truly like no other in the world. Head underground to some of the stations and you will be amazed to find chandeliers, wall adjournments, marble detailing, sculpture and works of art. Some of the most popular ones to visit are Mayakovskaya, Prospekt Mira, Arbatskaya, Komsomolskaya, Novoslobodskaya and Belorusskaya.

To me, the idea of seeing an embalmed body doesn’t really scream top tourist site. But apparently Lenin’s Mausoleum is one of the most visited places in Moscow. Lenin’s embalmed body have been on display in the Mausoleum for almost 90 years with a short break during WWII when it went into hiding in Siberia due to fear of Nazi invasion. Queues to see the body can be long because it is uncertain how much longer it will be on display for. Get in quick!

In the post war era, Stalin ordered seven huge tiered neoclassical buildings to be built around Moscow, known today as The Seven Sisters. Since the 1950’s, one of these buildings has been home to the main building of Lomonosov. It’s hard to argue that this is one of the most beautiful architectural buildings in the world. The main tower of Lomonosov is 240 metres tall and it was the tallest building in Europe until 1990 and is thought to be the tallest educational building in the world.

Looking for more reasons to visit Moscow and Russia? Check out the Gamin Traveler for 10 reasons Russia should be your next destination.

Where to Stay in Moscow

Here are my picks for the best places to stay in Moscow.

Rusapart at Lenivka Apartment
Excellent location, just a few minutes walk to some of the city’s best museums including the Kremlin, Fine Arts Museum and Red Square plus the Metro and plenty of cafes and restaurants. Each apartment is decorated in a simple style and features private bathrooms with hairdryer, free Wi-Fi, air conditioning, flat-screen TV and fully equipped kitchen. Book Now

Courtyard by Marriott Moscow City Centre
Located in the heart of Moscow, within a 10-minute walk from Red Square and the Kremlin. The hotel’s classic-style non-smoking rooms offer a flat-screen TV, minibar, free Wi-Fi and work desk. Guests can use a private bathroom equipped with free toiletries. The onsite restaurants have you covered for all meals. Book Now

Fours Seasons Hotel Moscow
Located in the heart of Moscow, a minutes’ walk from the Kremlin, Red Square and the Bolshoi Theatre. Each elegant room and suite will provide you with air conditioning, a flat-screen TV, free Wi-Fi, a Nespresso coffee machine and an Ipad. Multiple onsite restaurants provide fine dining experiences at all times of the day. Book Now 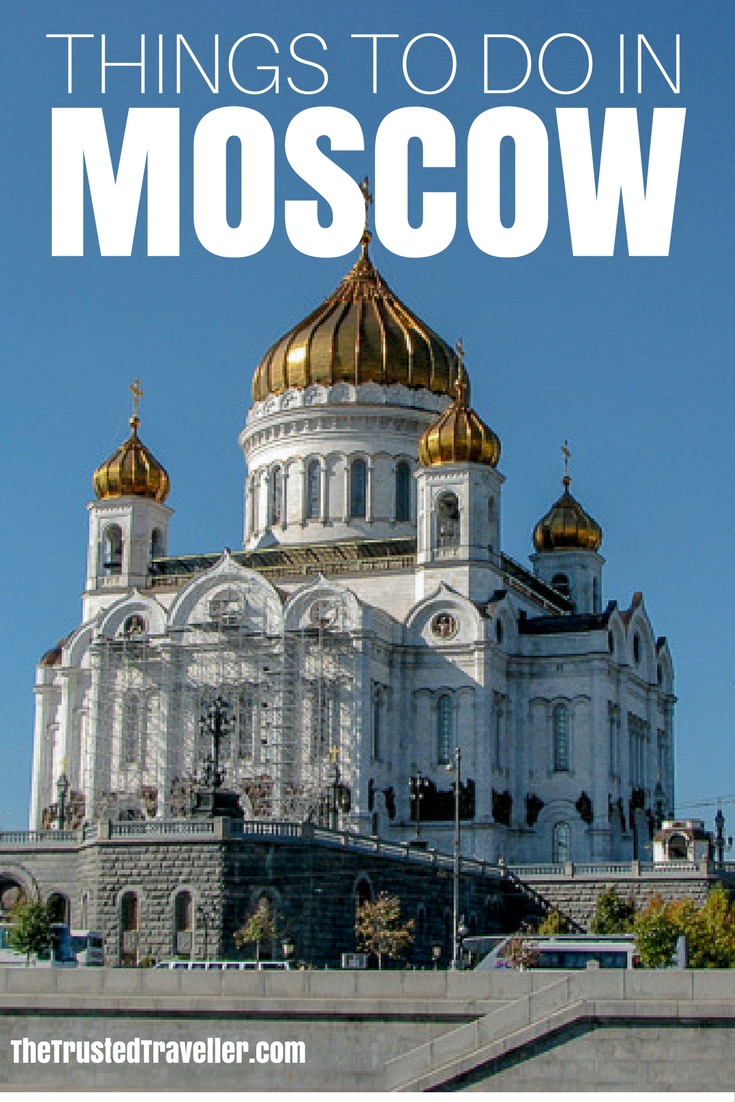 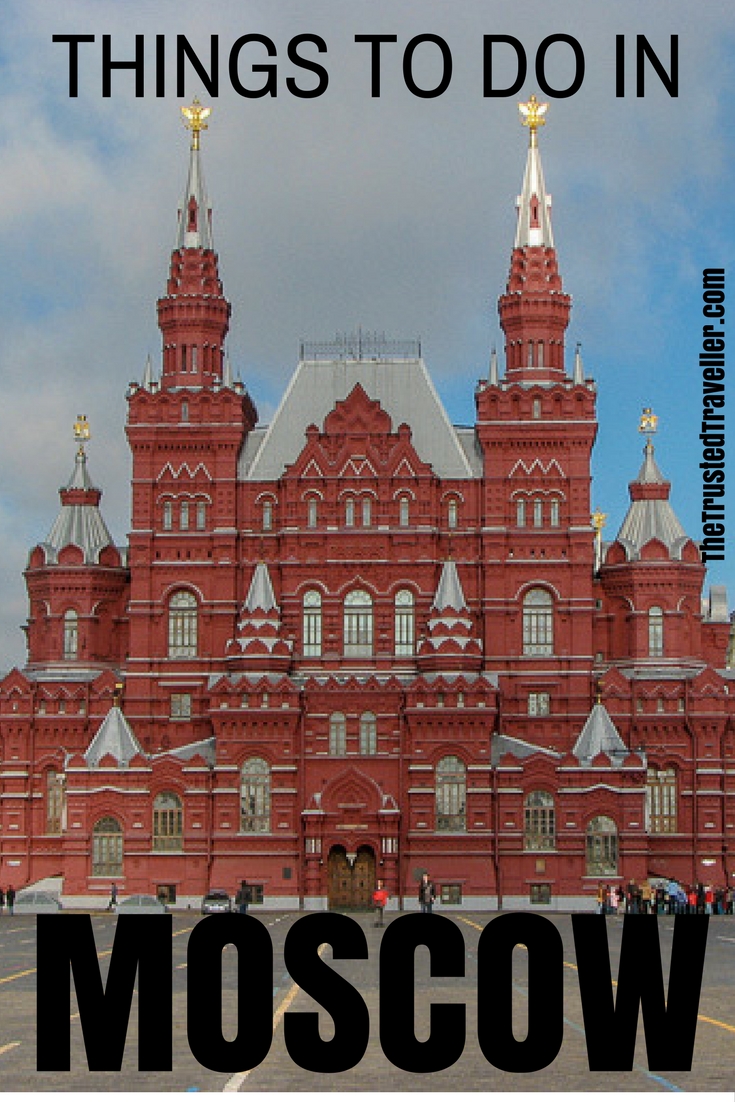 Which of these things to do in Moscow are you most interested in doing?