When we decided to road trip around New Zealand’s South Island there was one place that we absolutely knew we couldn’t miss out on visiting, Milford Sound.

A few months before deciding to take this trip I read a post written by Liz at Young Adventuress called The Legend of Milford Sound. I think reading this post was one of the major contributing factors for us visiting New Zealand in the first place. I was so intrigued by the legend of the Sound and incredibly inspired by the awe-inspiring photos depicting the scenery that it was almost impossible for me not to want to visit.

To get to Milford Sound we decided to base ourselves in Te Anau, the biggest of the small towns in the Fiordland region. We were driving into town from Wanaka where we had been staying for the two nights previous. And I must say that the drive just to get to Te Anau was pretty awesome too.

There are two routes to get to Queenstown (which you can read about in my earlier post) and from there you follow Lake Wakatipu south, skirting the edge of the lake on road cut out of the towering mountains capped with snow. The landscape then opens up into almost desert like plains with crazy high mountain ranges in the distance in all directions.

Te Anau itself is a lovely sleepy town on the lake of the same name. When we arrived the weather was wild with strong winds and teeming rain. We attempted to explore around the lake but decided to give up and hope for better weather later in the day.

Lucky for us the clouds parted a few hours later and we were shown the Te Anau I’d seen in photos. We enjoyed a walk along the lake and watched the sun go down before we headed off on a boat up the lake to the Te Anau Glowworm Caves for an interesting evening exploring the caves on foot and by boat. No photography is allowed to protect the creatures but take my word for it, its a must do experience!

Our Tour to Milford Sound

The next morning we woke to weather conditions worse than what we had experienced the day before and a forecast for snow and hail in elevated areas. At that moment we were very glad that we had booked a small group Milford Sound tour rather than attempting to take the treacherous yet spectacular drive ourselves.

Our decision to go with a tour was because we had read that one, the road was pretty insane and two, because of the road conditions it would be difficult for the driver to really enjoy the spectacular scenery.

We booked our tour through Viator, my favourite tour booking site, and couldn’t have been happier with the tour we had. Our guide was professional, funny and informative, we made tons of stops along the way and our group was only five of us which also gave us a great chance to get to know some people from Germany and the UK.

Our Journey to Milford Sound

Our journey to Milford Sound started with an early morning pick up to hit the road before most of the big coaches. Our guide informed us of how the day would go on the drive out of Te Anau. We’d be making a few stops on the 2.5 hour drive to Milford Sound at some of the key sightseeing points before arriving in Milford Sound for a 2.5 hour cruise on one of the big sailing boats. We’d then have the choice of either doing a self guided hike or easy nature walk with the guide.

The drive followed the lake for the first 30 minutes or so before we hit the rainforested valleys which occasionally opened up into bare fields surrounded by towering mountains. The weather was pretty bad with teeming rain but that didn’t stop us getting out for photo opportunities along the way.

The road then climbs to it’s highest point at the entrance to the Homer Tunnel. This 1.2 km tunnel opened in 1954 and connects the Hollyford Valley with Milford Sound. Until the tunnel was opened, there was no road access to Milford Sound. It is a one way tunnel that operates on a traffic light system, so the wait time at either end is usually 10 minutes or so. The tunnel is also prown to avalanche in winter forcing it to be closed, so if you are driving yourself, make sure you follow the safety advice in this DOC brochure.

Once we came out of the tunnel the road into Milford Sounds is probably the windest, steepest road I’ve travelled on. Add to that teeming rain and you can imagine I was white knuckling anything I could get my hands on in the mini-van. Despite my nervousness, I couldn’t help but stare out the window in awe of the beauty.

At Milford Sound we left our guide and boarded a big sailing boat which was full of other visitors and took off almost right away. Despite the number of people on board we didn’t feel crowded at all during the cruise, moving freely inside and out.

Again, just at the right time, the clouds seemed to part and we had some blue sky for the entire cruise while still getting the full effect of the waterfalls after all the rain.

I’m not sure I’ll be able to find the right words to tell you just how incredible this cruise was so instead here are some of my favourite photos from the cruise.

Our sailing ship for the cruise on Milford Sound

During the cruise we spent most of the time at the front of the ship taking in the view. We got up close with a waterfall which was a highlight for me despite getting soaked. The cliffs surrounding the Sound are ginormous and bigger than anything we’d seen so far on our trip through New Zealand.

Making our Journey Back to Te Anau

With the cruise over we joined our guide to slowly make our way back to Te Anau making lots of stops along the way. We had a long wait getting through the Homer Tunnel so we hopped out of the car to see the cheeky Kea birds that hang around waiting for passers by to feed them.

When we came out the other side of the tunnel, we were greeted by snow so our guide pulled over and we frolicked for a few minutes amazed that it was actually snowing!

The other three people on our tour decided they wanted to climb Key Summit, a three hour return walk which on a clear day offers great views of Fiordland. So we dropped them off an our guide to Mick and I to the Lake Gunn Nature Walk.

The walk was an easy 45 minutes through a beech forest that is completely dripping in fluorescent green moss and follows along the edge of Lake Gunn for a part of it.

We still had time before collecting the others so we visited Gunns Camp in the Hollyford Valley. The camp is a collection of buildings that date back to 1938 when it was a Public Works Department camp. We wandered through the small museum which has tons of information on the making of the road to Milford and the Homer Tunnel including tools used and the stories of the workers.

We then collected the others who were soaked through from the rain and snow they had encountered on their walk.

Making our way back to Te Anau, exhausted from the day, we were silent most of the ride and feeling awe-inspired by what we had all seen and experienced.

If you’re visiting New Zealand and can find the time to make your way south then we highly recommend you check out Milford Sound. I can 100% guarantee it will wow you just like it did us. 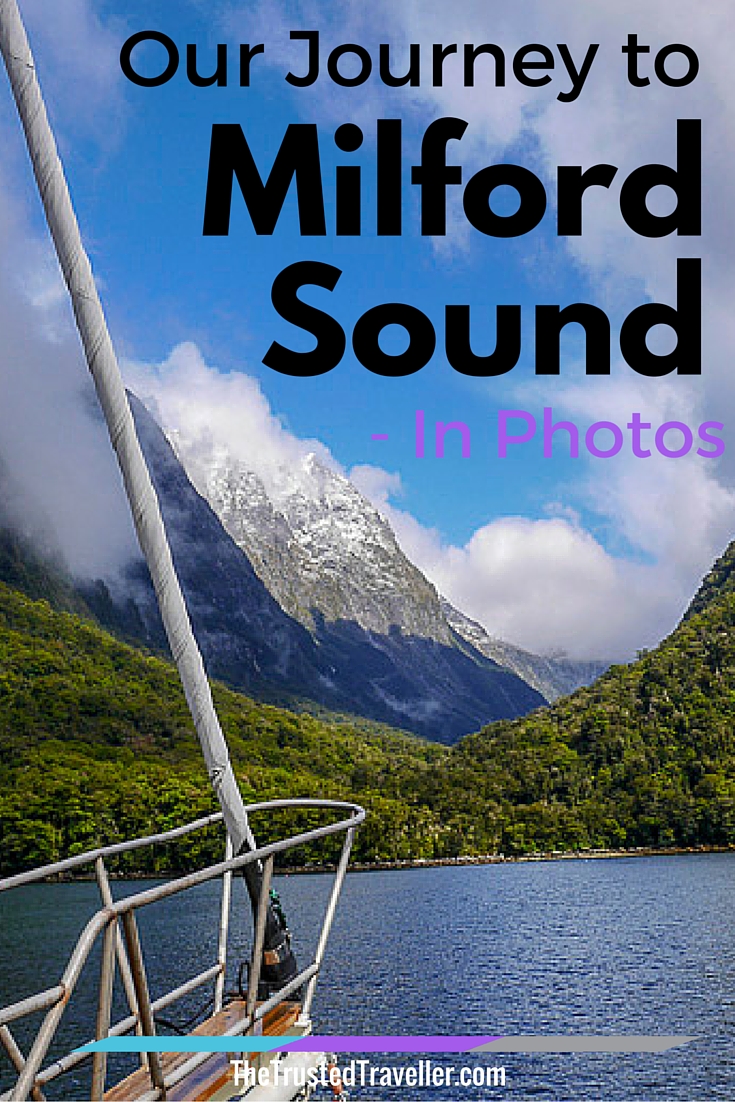 Have you taken the journey to Milford Sound or is it on your bucket list? If you have, what did you think?